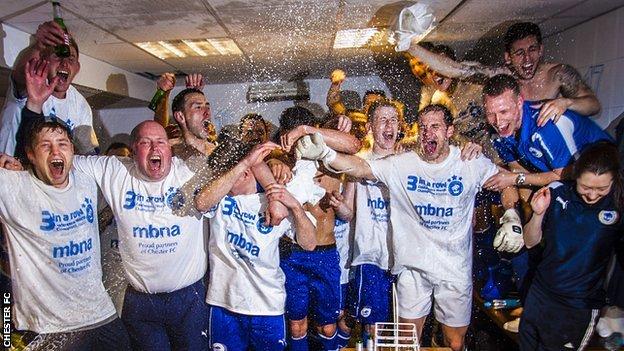 Chester FC have signed twins Nathan and Lewis Turner from Leeds ahead of their return to the Conference Premier.

The 20-year-olds, who have yet to feature at first-team level for Leeds, have agreed season-long loan deals.

Midfielder Nathan and defender Lewis spent time with Neil Young's side last term, helping the club to a third consecutive promotion in April.