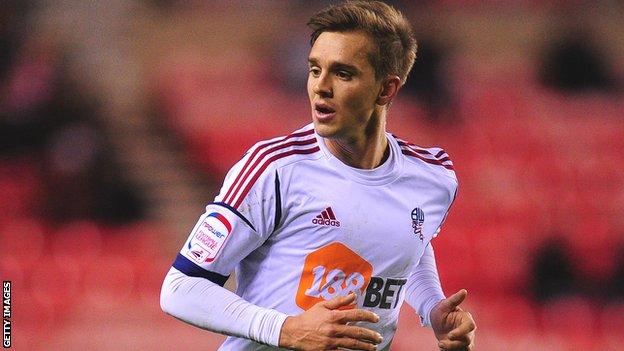 Bolton midfielder Stuart Holden will have an operation in the United States next week as he starts his recovery from a third serious knee injury.

He will spend at least the first six weeks of his rehabilitation in the US.

"Our people will fly out there to help him with that and then we're here when he needs us," Wanderers manager Dougie Freedman told BBC Radio 5 Live.

"We need to let Stuart come round to the fact that he's got another long, hard fight back."

Holden, who turned 28 on Thursday, during a 1-0 Gold Cup final win for USA against Panama.

He has been limited to just nine club appearances in the past two seasons because of continuous knee problems, four of them in a loan spell at Sheffield Wednesday at the end of last term.

"This football club is behind him," added Freedman. "We'll support him with his rehabilitation and we will be an ear.

"I think over the past three or four years, Stuart has had his ups and downs and people are advising him this and that. I'll simply say 'Stuart, I'm here when you need me'."