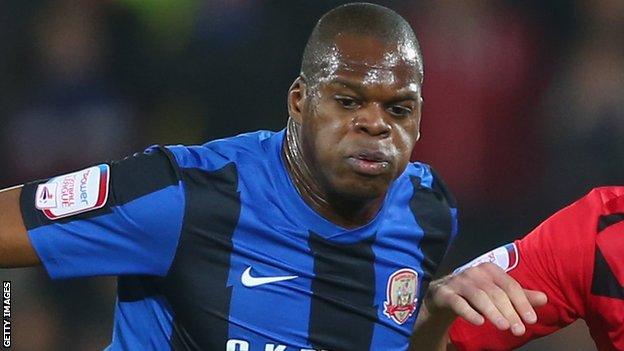 Both players have recently been on trial at Ashton Gate.

Free agent Harewood, 33, was released by Barnsley in the summer and has signed a one-year deal with City.

Pack, 22, was out of contract at Cheltenham but the League Two club have received a compensation fee of around £100,000, based on appearances, because the player is under the age of 24.

City took the former Portsmouth midfielder on trial last weekend, following the news Liam Kelly will be out injured until after Christmas, and have now given him a permanent two-year deal.

Pack made 145 appearances in three years with Cheltenham.

He was close to a move to Swindon in January, but the deal fell through because a takeover at Town had not been completed.

Harewood started his career at Nottingham Forest in 1996 and counts West Ham, Aston Villa and Blackpool among his former clubs.

He made 37 appearances for Barnsley last season, scoring three goals.

Both players will be in the squad to face Bradford on the opening day of the League One season on Saturday.