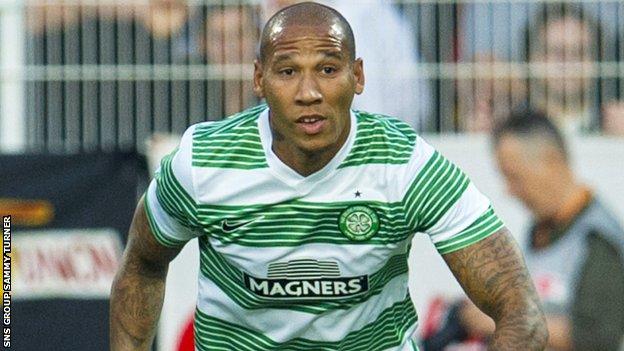 Manager Neil Lennon insists that Celtic defender Kelvin Wilson is not for sale.

English Championship club Nottingham Forest submitted a £1.5m bid last month in an attempt to take the 27-year-old back to the City Ground.

But Lennon said: "I would not be willing to let Kelvin Wilson go. He's very important just now."

Wilson moved to Celtic Park from Forest on a free transfer in the summer of 2011 after signing a pre-contract agreement that January.

And he featured in 50 games last season as Celtic won the league and Scottish Cup double and reached the last 16 in the Champions League.

The central defender, who played with Notts County and Preston before spending four seasons at Forest, has a year to run on his Celtic contract, with the option of a further 12 months.

Wilson has played for 90 minutes in all three of Celtic's Champions League qualifiers this term but may sit out Saturday's league opener against Ross County due to a shin splints complaint.