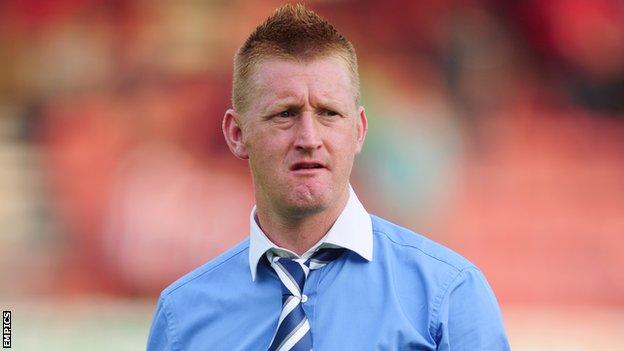 Millwall manager Steve Lomas is pleased with the squad he has assembled following his appointment in June.

Midfielder Nicky Bailey and striker Steve Morison are among six summer arrivals at the Den.

Lomas told BBC London 94.9: "It's been positive so far. The boys have taken on what we want and worked very hard.

"We've certainly got the nucleus of a good squad. There's good experience, still plenty of miles on the clock and something to prove for a few of them."

He added: "On the whole I have been delighted with the lads we have brought in.

"It's about getting them up to speed without pushing them too hard and them breaking down."

Having also brought in Stephen Bywater,Richard Chaplow,Lee Martin and Scott McDonald, Lomas is pleased the club have backed him in the transfer market.

"The good thing for me is the support I have received from the chairman [John Berylson], the board and Andy [Ambler, chief executive].

"They have said, 'put some proposals together on where you think we can progress as a squad and a team and we will try and do our best for you'.

"There will probably come a time where we have to balance things and there might need to be a few outgoings.

Having previously managed in non-League and at St Johnstone, Lomas is wary of the unforgiving nature of the Championship.

The 39-year-old has bolstered his coaching staff with the additions of Millwall legend Neil Harris and former Luton manager Mick Harford.

"We can't afford any passengers," he said. "You only have to look at last year. The difference between relegation and the play-offs was something like 13 points, which isn't a great deal.

"It goes to show you the Championship is very competitive. If you are not on your game every Saturday you get found out."