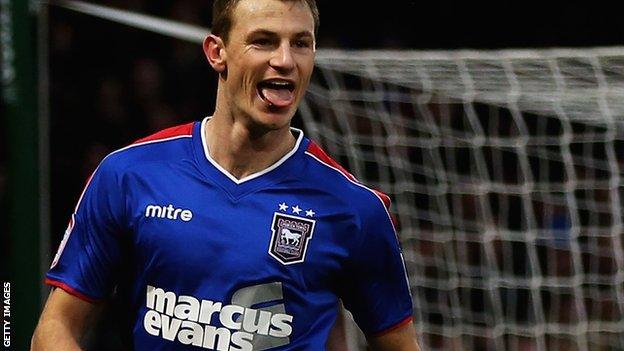 Ipswich claimed their first win of the season with a 3-0 defeat of Millwall at Portman Road.

They took the lead on 63 minutes when Shane Lowry turned an Aaron Cresswell cross into his own net when the ball rebounded off Millwall goalkeeper Stephen Bywater.

Anderson sealed the win with a header seven minutes from time.

David McGoldrick had Ipswich's best three chances of the first half, with the third drawing a fine save from Bywater, while Millwall's only chance before the break was an off-target effort from James Henry.

Millwall have lost six, drawn one and scored only once since their last Championship win, a 1-0 victory at home to Watford on 16 April

But, having looked brighter after the resumption, defensive errors from Millwall gifted the lead to Ipswich when Cresswell's low cross was parried by Bywater onto Lowry and into the net.

Anderson bundled the ball in with a deflection off Mark Beevers to confirm the win for Mick McCarthy's side, and leave Steve Lomas searching for his first Championship victory since succeeding Kenny Jackett as Millwall manager.

"I think we edged it - I don't think there would be any doubt in that.

"It was a solid performance though 3-0 probably put a gloss on it.

"Of my 12 goals in my 500-odd league games, they were genuinely all like that one from Tommy Smith - I can remember most of them. It was a magnificent header."

"It is not the end of the world, but we are disappointed.

"Our target was to at least get to half-time with a clean sheet, which we did. But once it goes to 2-0, the game is normally dead and buried."