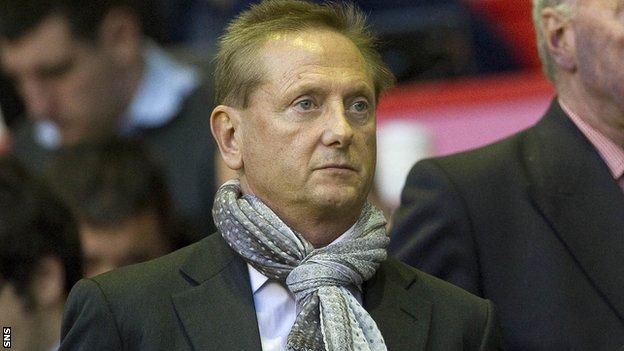 Prosecutors in Lithuania have issued an arrest warrant for former Hearts owner Vladimir Romanov, reports from the country are indicating.

Romanov is thought to be in Russia and, if found, would be returned to Lithuania and prosecuted for non-payment of debts.

If found guilty, he could face up to seven years in prison.

The reports also indicate that a property in Moscow believed to be owned by Romanov has been valued at £50m.

However, at present, there is some dubiety as to the actual ownership.

Romanov, the chairman of UBIG Investments, which holds a majority shareholding in Lithuanian bank Ukio Bankas, took control of Hearts in 2005.

and the bank and Hearts are both in administration.

Hearts' administrator this week , the bulk of which is owed to Romanov's collapsed Lithuanian companies.

Ukio Bankas, which is owed £15.5m, holds Tynecastle Stadium as security against its debt.

Club administrator BDO has announced an initial meeting of creditors on 12 August.

Hearts begin their Scottish Premiership campaign on Sunday and with a 15-point penalty for going into administration.