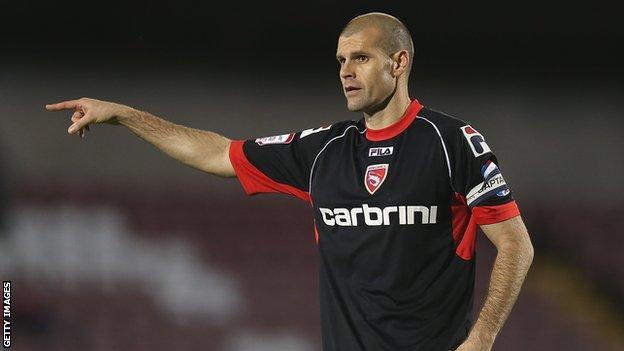 The 33-year-old left League Two side Morecambe in April and has been training with Alfreton in pre-season.

He joined Notts, where he played 168 games, and has also represented Doncaster Rovers, Grimsby, Rotherham and, most recently Morecambe.