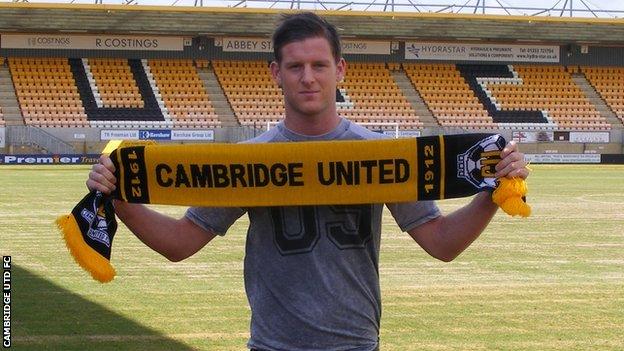 Cambridge began their ninth year in the Conference Premier with a thumping 5-1 win against promoted FC Halifax, who played for 69 minutes with nine men.

The visitors took an early lead through Lee Gregory, but Danny Lowe was sent off for a foul in the box and Adam Cunnington scored from the spot.

It was an eventful debut for striker Cunnington, who was prolific in the Conference Premier for Tamworth last season and

Substitute Sam-Yorke, a summer signing from Basingstoke, also marked his first appearance for the club with two goals, his second a powerful left-footed strike.