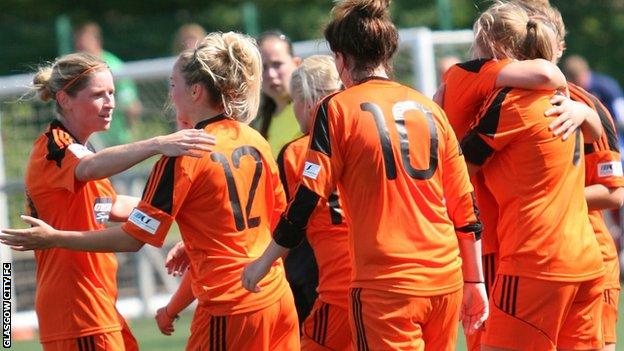 Spartans moved within one point of third-place Rangers after beating the Gers 6-3 at Ainslie Park.

Celtic and Aberdeen shared the spoils in the granite city as they fought out a 2-2 stalemate.

Glasgow City fly to Holland for the Champions League first round on Tuesday where they will face the Champions of Croatia WFC Osijek on Thursday, FC Birkirkara of Malta on Saturday and then Dutch and Belgian champions FC Twente on Tuesday 13 August.

With only the group winners guaranteed progression to the knock out stages, City face a tough challenge in a very difficult group as they aim to repeat their European success of recent seasons.