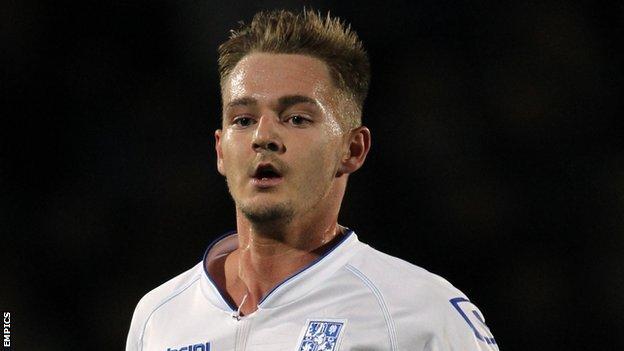 McGurk, 24, was a free agent after being released by Tranmere Rovers in the summer and had a trial with Championship side Birmingham City.

McGurk retired from football in 2010 when he was released by Aston Villa after an injury-plagued spell at the club. but he soon changed his mind.

Manager Gary Rowett said: "We have been keen on Adam on for a while and he has the attributes to add real quality.

'He's an exciting player and is at an age where he can keep improving. I'm not surprised he received attention from clubs in higher divisions."

Northern Ireland Under-21 international McGurk began his career at Aston Villa and, after a brief spell at Hednesford Town in 2010, he spent three years with Tranmere Rovers where he scored 12 goals in 55 starts.