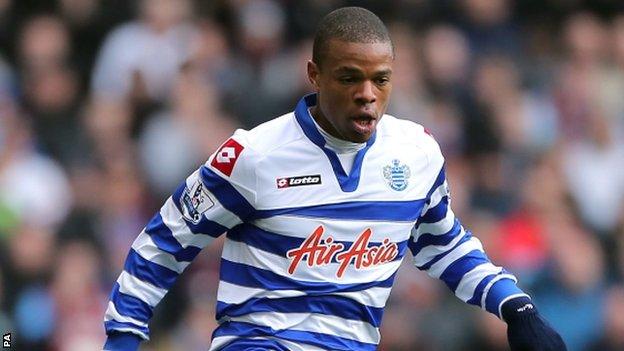 The 26-year-old, who turned down the Magpies for QPR in January, passed a medical at St James' Park on Monday.

Ex-Marseille forward Remy told Newcastle's website: "It will be a huge honour to play for such a big club.

The France international joined Rangers for a club-record fee of £8m earlier this year.

He scored six times for Harry Redknapp's side last season but his goals could not save them from Premier League relegation.

Remy added: "I am very motivated this year to get into the World Cup squad for my country. I know in order to do that I need to have a big season and a successful campaign with Newcastle United."

Magpies director of football Joe Kinnear added: "The need for us to strengthen up front was a priority and I have been working very hard to secure one of our targets in this position."

Manager Alan Pardew said: "Loic is a great player and I'm delighted that Joe has got him on board for us.

"He'll be a great addition to the squad, he gives us strength and pace up front and I'm sure he'll bring plenty of goals.

"It's a big season for Loic, like it is for all our international players ahead of the World Cup, which will only provide extra incentive for him to play at the very top of his game."

Remy, who becomes the 11th Frenchman in Newcastle's first-team squad, is their first major signing of the summer and his arrival will boost their options in attack, with Papiss Cisse and Shola Ameobi the only senior forwards at the club.

In May Remy was arrested on suspicion of rape. He was released on bail until a date in September.