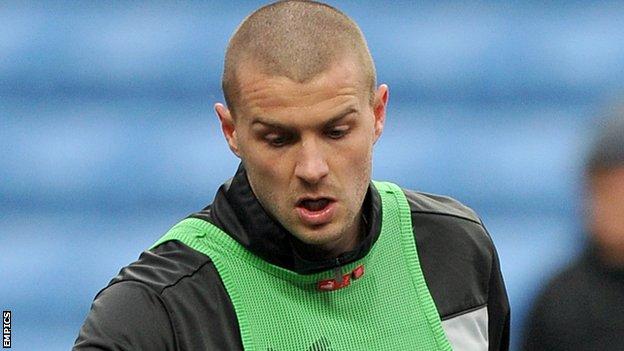 Port Vale defender Carl Dickinson says his team have no reason to fear anybody following a 1-1 draw against Brentford in their first game back in League One.

"I think we can go as far as we want to go, we just need to go out every week wanting the three points," Dickinson told BBC Radio Stoke.

"The dressing room seems really good. If we can keep that team spirit, that can get you a long way."

Former Stoke defender Dickinson, who joined the newly-promoted Valiants on a free transfer this summer, has spent most of his career playing at full-back, but was used alongside Chris Robertson at centre-back.

And the 26-year-old says that he relished the experience of playing in an unfamiliar position.

"I enjoyed the challenge of it," he commented.

"Wherever the gaffer wants to play me I'm happy to do my part for the team. Hopefully the more games I play there, the more sharp I'll get.

"But I'm just happy playing wherever and if I can make centre-half my shirt, happy days."