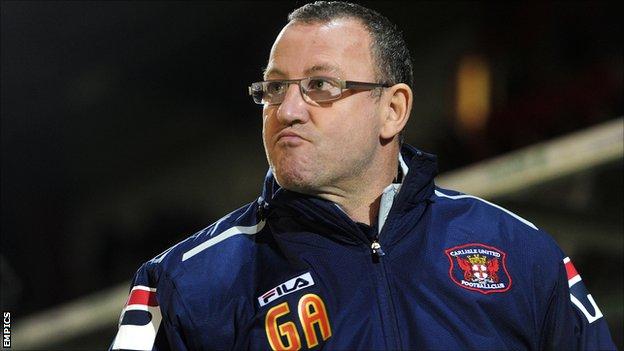 United will be without striker Lee Miller for three games after he received a red card in the loss.

Championship side Rovers drew 1-1 with Derby in their opening fixture.

"It's about rolling sleeves up and getting a performance that carries us," Abbott told BBC Radio Cumbria.

"We can't dwell on this, the fans will think about this until next week because that is what they have got.

"The players have a responsibility to go out there and perform and get better performances which lead to better results and leads to a better feeling around the place."