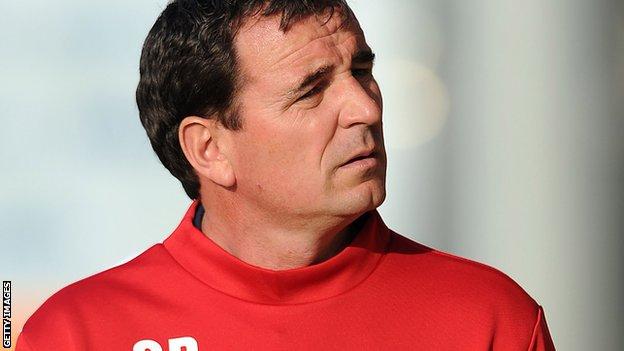 The 21-year-old has signed a two-year contract with the Championship club, subject to international clearance.

Meanwhile, Blackburn are awaiting news of the shoulder injury sustained by Ruben Rochina in the

The Spanish forward was hurt in the first half of Blackburn's opening-day fixture at Pride Park on Sunday and was carried off on a stretcher with a suspected dislocated shoulder.

"He was picking up some great positions and playing ever so well. It disrupted us. We wish him all the best and let's hope it's not too serious."

Leon Best's 89th-minute goal, his first for Blackburn, earned Bowyer's side a deserved point against the Rams.