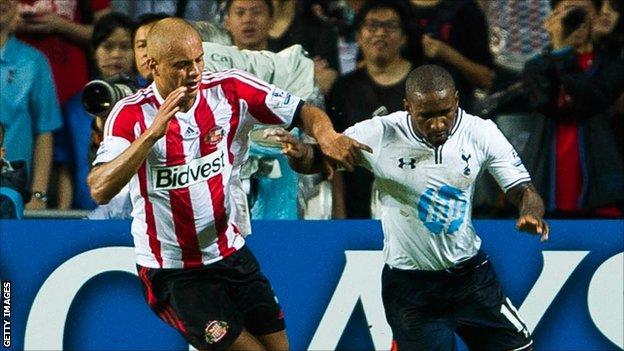 Sunderland winger Adam Johnson has described defender Wes Brown's return to first-team action this summer as being "like a new signing".

Brown, 33, has not featured for the Black Cats since because of a recurring knee injury.

But the former England international has been involved in Sunderland's pre-season campaign, scoring in the Asia Trophy match against Spurs.

"We've got a world-class defender back," Johnson told BBC Newcastle.

"He's been the best new signing we've had. Even though he's not a new signing, it has felt that way.

"It shows the type of player he is. We've seen how composed and top class he is and if we keep him fit we'll definitely be a stronger team."

Manchester-born Brown was brought to the Stadium of Light from Manchester United by ex-boss Steve Bruce in July 2011, but two injury-plagued seasons have limited him to just 22 starts.