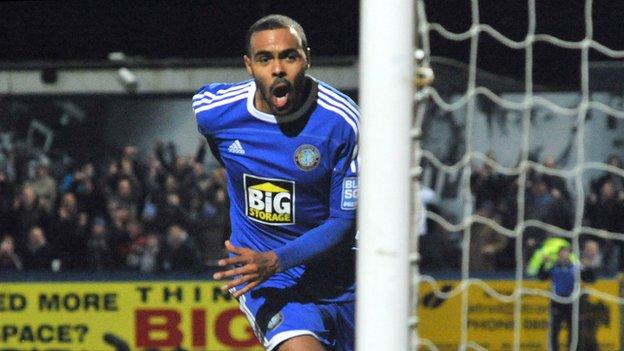 Forest Green have signed striker Matthew Barnes-Homer on a two-year deal and defender George Pilkington on loan from Mansfield.

Pilkington, 31, arrives on a two-month deal and impressed in Rovers' pre-season friendly with Weston-super-Mare on Saturday.

He joined the Stags from Luton Town last summer but only played four games during the 2012-13 campaign.

"We've got him on loan for two months and we'll see how he does," said Rovers manager Dave Hockaday.

"I thought he was effortless [against Weston]. He picked up, he covered, he talked and barely made a mistake. He was strong and did very well for us."

Speaking about the arrival of Barnes-Homer on a free transfer, Hockaday added: "In the end, it's all about putting the ball in the back of the net. That's what we struggled with at times last season.

"Matthew is an experienced goalscorer, he adds firepower plus he's desperate to come here."