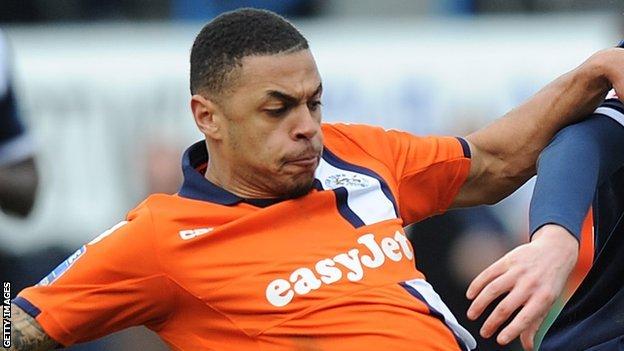 Andre Gray stepped off the bench to inspire Luton to their first win of the season, against Salisbury.

Gray, surprisingly named among the substitutes, came on after 60 minutes to lift a drab game.

The striker was fouled in the penalty area by James Clarke four minutes later, and Solomon Taiwo converted the spot-kick to put the Hatters ahead.

And Luke Guttridge sealed the three points by heading in Dave Martin's free-kick for a home debut goal.

Dan Fitchett had Salisbury's best chance, making space for a tame effort, but the Wiltshire side have lost two out of two on their return to the Conference Premier.