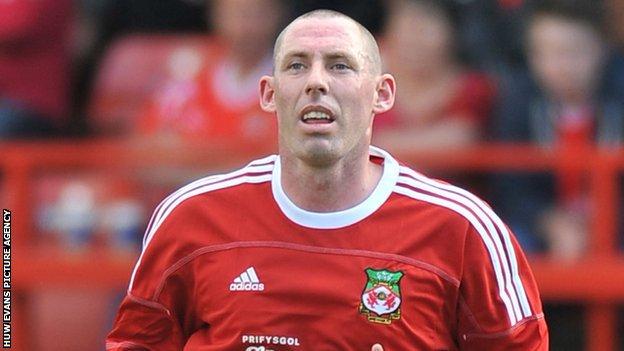 Simon Ainge's own goal gifted Wrexham the lead but Lois Maynard replied with a header from a rebound off the bar.

Lee Gregory struck a third after Joslain Mayebi saved his initial shot and Halifax held on, despite Adrian Cieslewicz pulling a late goal back.

"We needed to get through to half-time 2-1, but I can't believe how good we were in the second half.

"We played into their hands too much in the first half... in the second half when we started passing it and moving it and playing it, even with 10 men I thought we absolutely battered them.

"The chances we had were unbelievable and I'm absolutely gutted for them, because the amount of effort they put in and the chances they created I can't believe we haven't got something out of it."