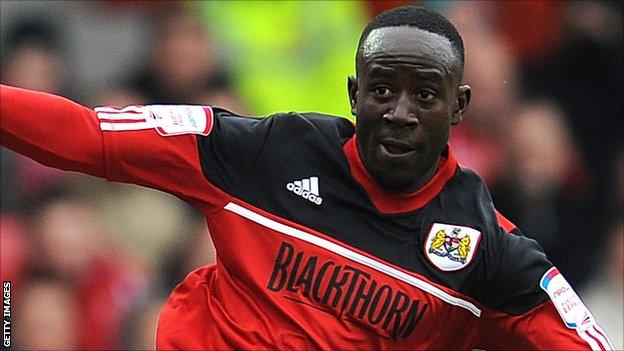 The 25-year-old is in the North East to see the facilities and have a medical with a view to a move.

Adomah has already been the subject of an offer of £850,000 from Wigan Athletic, which was rejected by the Robins last month.

City boss Sean O'Driscoll left the former Barnet forward out of his squad for Saturday's draw with Bradford City.

Boro manager Tony Mowbray had previously but admitted bids had been made for his summer targets when Adomah's name was mentioned.

Ghana international Adomah has scored 17 goals in 136 appearances at Ashton Gate since his move from Underhill in July 2010.