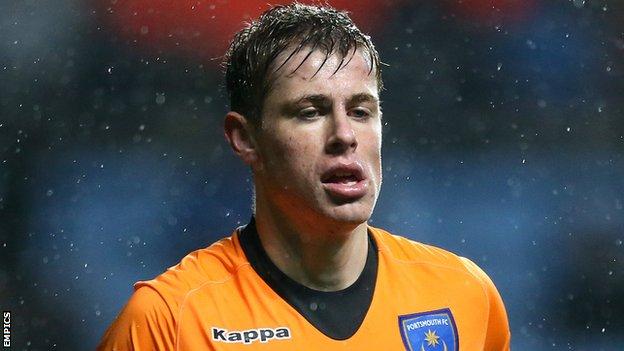 The 18-year-old England under-19 international made 21 appearances for Pompey last season.

Portsmouth boss Guy Whittingham said: "It's a great move for Adam. People might forget he's only 18 because he's been around for so long.

"He came on the scene very quickly, but he needs to play games and this provides a great opportunity for him."

Webster, who can play at right-back or centre-back becomes the second player to move to the EBB Stadium after Shahid Azeem's consortium completed their buyout of the Hampshire club last week.

Shots boss Andy Scott added Millwall centre-back Jake Goodman to his squad, on a loan deal until January 5, on Friday

The 20-year-old, who is yet to make a senior appearance for the Lions, played 11 games during a loan spell at Luton last season.