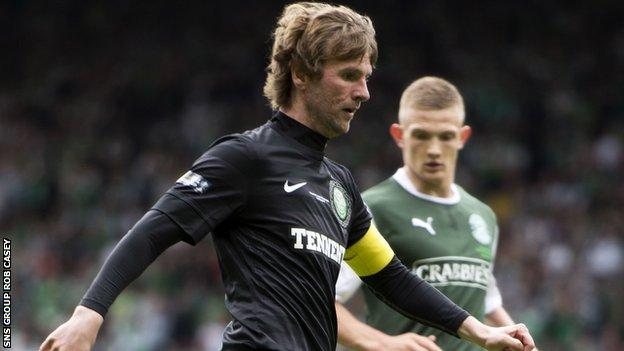 The 29-year-old could be available on a short-term deal, with the player keen on a move to America next year.

"It's really just to keep his fitness up," explained Leroy McCourt, the player's brother and agent.

"He knows the manager [Pat Fenlon] from their short time together at Derry. He's just been in today to have a look around and do a bit of training."

In five seasons at Celtic Park, McCourt was largely a bit-part player, starting 69 of his 90 games on the bench.

With the Major League Soccer season drawing to a close at the end of October, it appears that the player is happy to wait for the start of the next campaign before attempting to fix up a move across the Atlantic.

"It's always been the intention to go to America," added his brother. "It's 99% nailed on that he'll go over there.

"He doesn't want to uproot his family at this stage of the season over there."

McCourt recently spent time with Peterborough United, with manager Darren Ferguson saying he hoped to sign the player up.