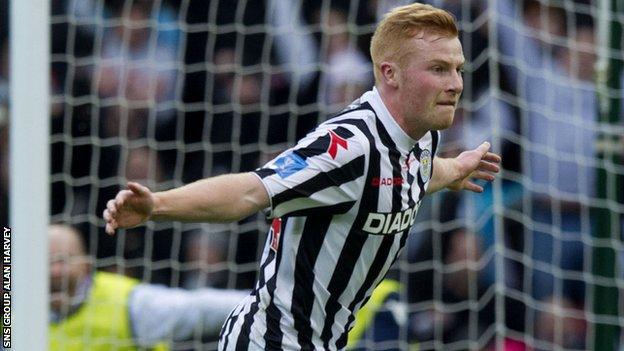 Newcastle midfielder Conor Newton is returning to St Mirren on loan - and hopes to persuade Magpies team-mate Adam Campbell to join him in Paisley.

The 21-year-old midfielder has agreed another temporary switch until 1 January, having played 20 games for the Buddies last season.

"I've already had a word with Adam and told him what the club is like," said Newton. "He can benefit up here."

Newton, who scored in the 3-2 triumph over Hearts at Hampden that secured the Scottish Communities League Cup, says other clubs were interested in him.

"I had offers from a few clubs in the Championship but I decided to come back to St Mirren - partly because they couldn't guarantee me football," he explained.

"At this stage in my career I really need to be playing games so I think St Mirren are the right club to come back to."