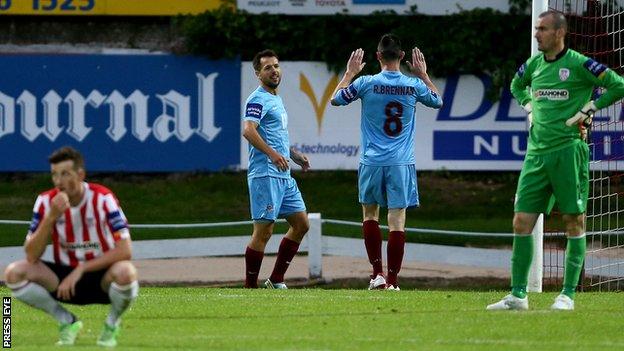 The Candystripes had home advantage for the EA Sports Cup semi-final but ended up well beaten by the holders.

"If you defend like schoolchildren you will get beaten. The goals we gave away were appalling," said Devine.

"We had a lot of players who did not perform and we cannot accept that. We put three goals on a plate for them."

Derry's cup exit follows three defeats in their last four league matches which have seen them slip to fourth in the Premier Division table.

Their best bet for silverware would appear to be a successful defence of the FAI Cup in which they have a third round tie away to non-league side Bluebell United.

Next up for Devine's men is a league match away to UCD on Friday night.

"We are hurting right now but it is important we are ready," added Devine.

"Against Drogheda we gave goals away. We did not defend well enough and we did not have the penetration in the final third.

"Players have to show the desire needed. If they don't, we will have to make changes."