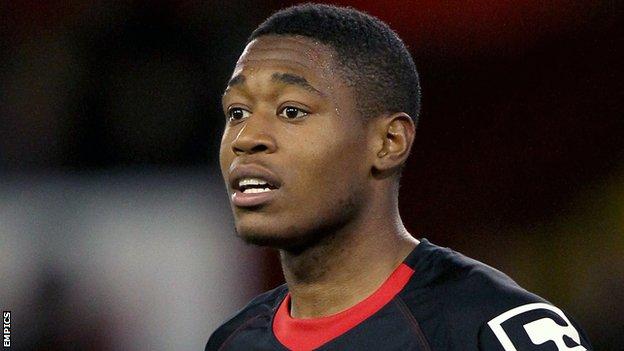 Chuks Aneke believes that re-joining Crewe on loan will help maximise his potential having seen other players succeed after leaving the Alex.

Arsenal midfielder Aneke moved back to Gresty Road after former captain Luke Murphy joined Championship side Leeds for a fee believed to be around £1m.

"I see those players that have moved on, that's football and good players will rise," he told BBC Radio Stoke.

"I hope that's the same for myself, I've come here to improve my game."

Following the club's promotion to League One last summer, both Ashley Westwood and Nick Powell left the Alex to join Premier League clubs.

And 20-year-old Aneke, who scored eight goals in 38 appearances during two loan spells at Gresty Road last season, believes his involvement with the Crewe first team can only be of benefit.

"I want to play football, and I know I did quite a lot of that last year," he commented

"The only way you improve is by playing games and obviously Crewe were good to me last season so I want some more of that.

"I played quite a bit last season and when [Crewe boss] Steve [Davis] said he was still interested in me, I just wanted to play football."