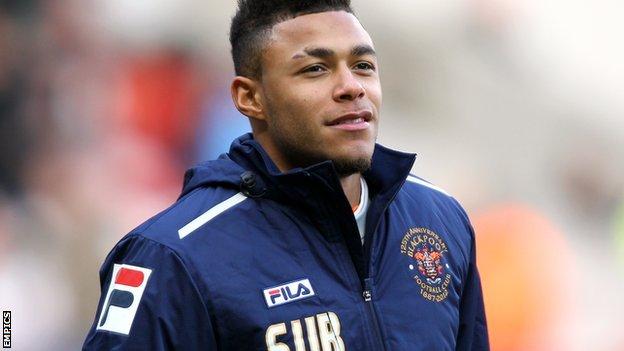 The 21-year-old has previously played under Rovers boss Paul Dickov when the Scotsman was in charge at Oldham.

Wabara scored the winning goal for the Latics in their FA Cup win over Liverpool before moving to Blackpool on loan.

He could make his debut for Rovers in Tuesday's Capital One Cup tie against Rochdale.