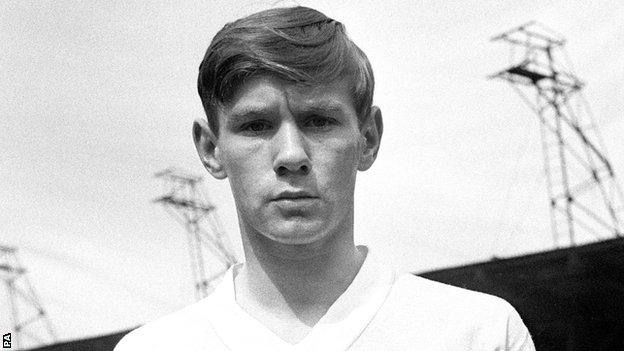 Wolves great Dave Wagstaffe has died at the age of 70 after a short illness.

Winger Wagstaffe came through the Manchester City youth system, but spent 12 years of his career at Molineux.

He made a total of 324 league appearances for the club, and was part of their 1974 League Cup-winning side that beat his former team Man City 2-1 in the final at Wembley.

He left Wolves in 1976 for Blackburn, where he became the first player to receive a red card in English football.

During his time at Molineux, Wagstaffe was also part of the team that finished runners-up to Tottenham in the 1972 UEFA Cup, scoring in the second leg of the final.

After leaving Wolves, the winger had two spells at Blackburn, either side of a brief period at Blackpool.

"Everyone at Wolves was desperately saddened to hear of Dave's passing," Wolves chief executive Jez Moxey told the club website.

"Everybody at the club and supporters will get the chance to join together to pay tribute to Dave ahead of our game with Gillingham on Saturday."