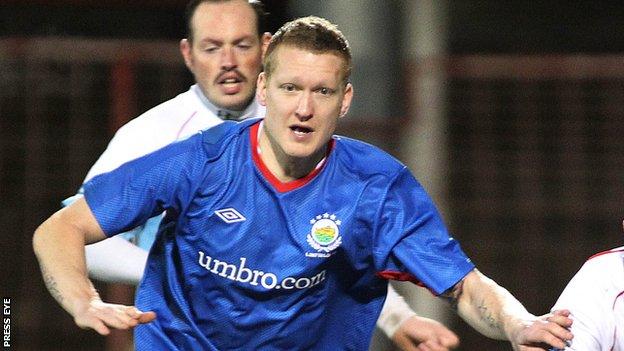 Defender David Armstrong has left Linfield after agreeing to have his contract at Windsor Park terminated.

The former Northern Ireland Under-21 international is now being linked with a move to Ards who have just been promoted to the Irish Premiership.

Armstrong, 25, joined Linfield in August 2010 having been on the books of Heart of Midlothian, with loan spells at Cowdenbeath and Raith Rovers.

He made 67 appearances for David Jeffrey's team, scoring six goals.

Armstrong, whose father Winston is a former Lisburn Distillery and Glentoran striker, was put on the transfer list at the end of last season

Midfielder Ryan Henderson, who had his Linfield contract ended by mutual consent in July, has signed for Ards.

Linfield kick-off their Premiership campaign away to Portadown on Saturday while Ards face champions Cliftonville at Solitude.