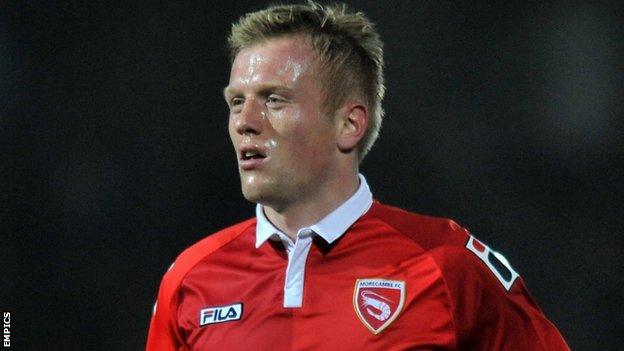 The 20-year-old, a signing from Morecambe in the summer, scored a debut goal in

"He was exceptional against quality defenders and deserved the goal," Westley told BBC Three Counties Radio.

Burrow scored once in 35 games for Morecambe last season, but turned down a new contract and instead opted to join Boro.

"I was talking to an agent before the game and he asked who have we brought in and I pointed at Jordan and said that boy is going to be some player," said Westley.

"His attitude, his application, his will to learn and to win are phenomenal."