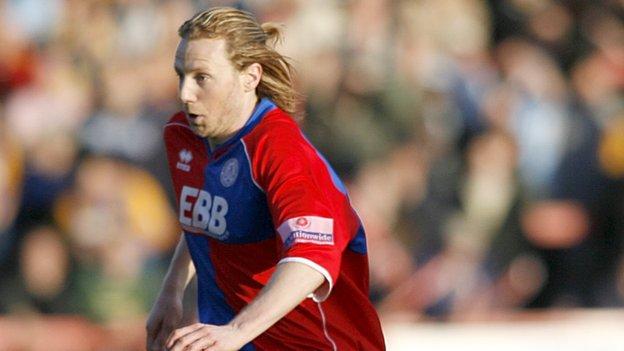 Midfielder Mark Molesley has returned for his third spell at Aldershot Town after signing a one-year contract.

The 32-year-old, who played for Exeter City last season, has previously made 46 appearances for the Shots.

"I'm no stranger to the place, and have fond memories here. This is a challenge I'm looking forward to getting my teeth into," he told the club website.

In his first spell at Aldershot, Molesley scored once in 38 appearances in the 2006-07 season, before returning for a six-week loan spell from AFC Bournemouth in March 2012.