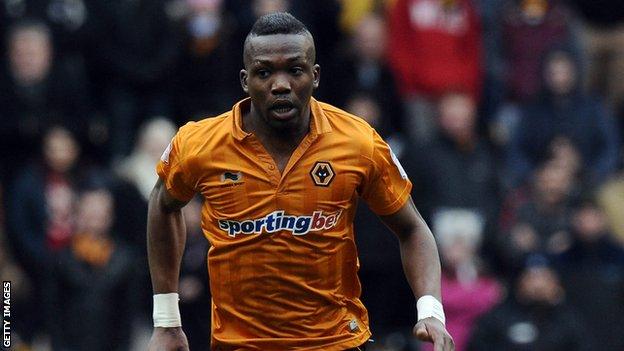 Wolves midfielder Tongo Doumbia has left Molineux on a season-long loan to Ligue 1 side Valenciennes.

The 24-year-old, who has been capped twice by Mali, joined Wolves from French side Rennes following their relegation to the Championship in 2012.

He made 35 appearances last season, but could not prevent Wolves from suffering back-to-back relegations.

And Doumbia, whose contract at Molineux runs until 2016, has been allowed to return to France for this season.