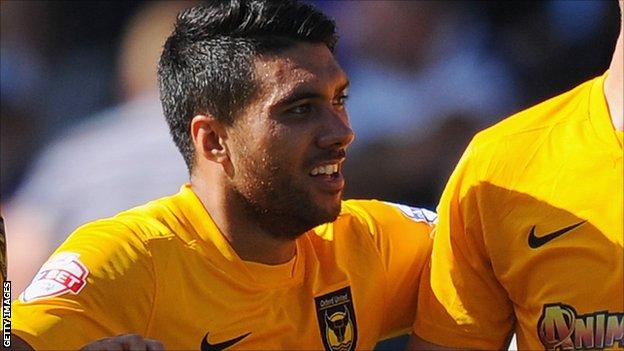 Midfielder Danny Rose insists his time in non-league football has made him appreciate how good life is at Oxford.

The 25-year-old, who returned to the Kassam Stadium this summer, played in the Conference for Newport and Fleetwood after leaving United in 2008.

"The club has it all in place to be at a higher level," Rose told BBC Oxford.

"When I first left I joined Newport and that was part-time for a season so I saw the real grassroots side of football and it was tough."

He added: "Having come back to professional football I can see another side and Oxford are second to none in that respect."

Rose has played both of Oxford's games this season and says he has been delighted with his return to the club where he spent 18 months between 2007 and 2008 when they were in the Conference.

"I had a good rapport with the fans when I was last here, and they've made me feel very welcome," he said.