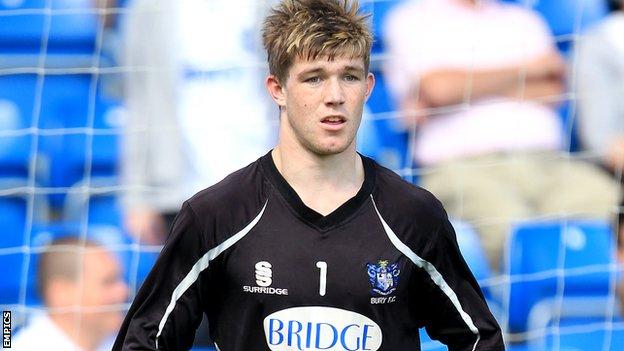 Macclesfield Town have added Ritchie Branagan to their squad ahead of the start of the Conference Premier season.

The 21-year-old goalkeeper impressed on a trial with the Silkmen after spending last term with non-league Salford City.

Branagan began his career at Bolton, the club at which his father - former Republic of Ireland international Keith - played more than 250 games.

But he did not appear for Wanderers' first team and moved on to Bury, for whom he made three senior appearances.

Branagan will compete with for a starting spot in John Askey's side.