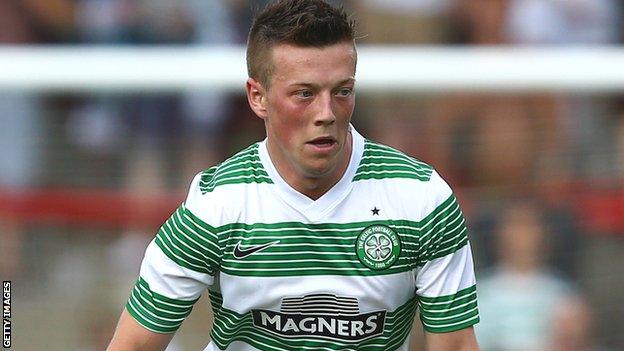 League One side Notts County have signed Celtic midfielder Callum McGregor on loan until January.

The 20-year-old has been on the fringes of Celtic's first-team squad but is yet to make an appearance for the Scottish Premier League champions.

"I want to go and show that I can play at a good standard. League One is a great league and hopefully the manager will be watching back home."

The midfielder, who will wear the number eight jersey in his spell at Meadow Lane, has been with Celtic since under-11 level.

He was an unused substitute for a Europa League tie against Rennes and recently scored in Celtic's 2-1 pre-season victory at Brentford.

"I hope that I can impress and get my name known down here as well," added McGregor.

"I'm really confident because I played against Brentford and done well and scored.

"They're a good side in League One and probably should have been promoted last year, so I'm confident that I can come here and make an impact."