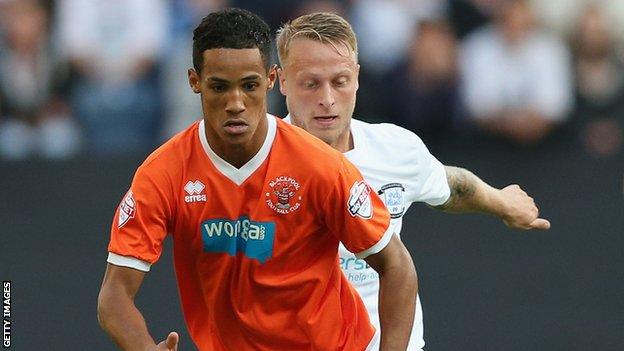 Blackpool winger Tom Ince has been banned for two matches after accepting a charge in relation to a gesture towards a match official in Monday's Capital One Cup game against Preston.

The Football Association charge was for an offensive and/or insulting and/or abusive gesture towards an official in the 24th minute.

The incident was not seen by officials, but was caught on video tape.