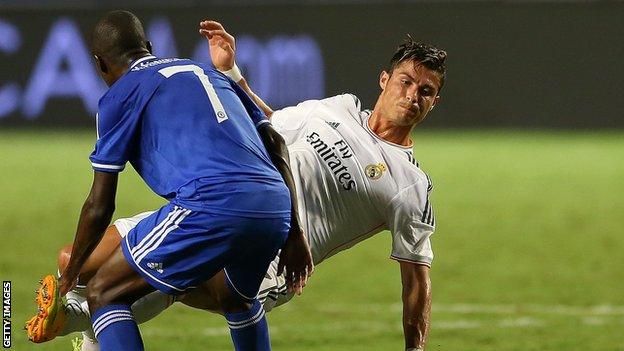 Chelsea manager Jose Mourinho says it was "perfect" that his team made mistakes as they lost 3-1 to a Real Madrid inspired by Cristiano Ronaldo.

Ronaldo scored twice and set up the opener as Mourinho suffered defeat at the hands of the club he left in June.

But Mourinho felt the International Champions Cup defeat was a positive step to preparing for the new season.

"For me, it's perfect we made mistakes so that we have them to work on," he told Chelseafc.com.

"As I said last week, we had five victories in pre-season and zero points.

"Now we have five victories and one defeat, we still have zero points. It's not a drama.

Ronaldo scored a free-kick from 25 yards out to edge the Spanish giants ahead and sealed the win with a header in the 57th minute.