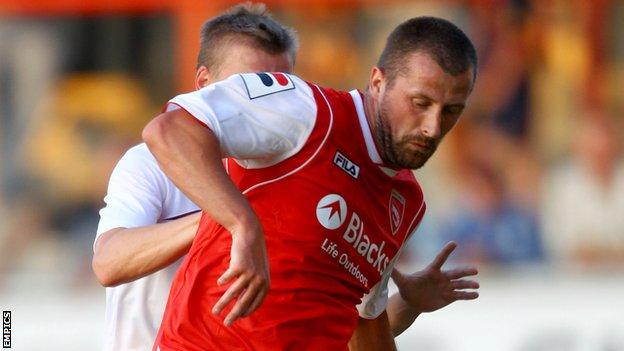 Hyde FC have signed striker Danny Carlton and have also restructured at boardroom level to appoint a new chairman and chief executive.

Tahir Khan has stepped down as chairman because of his business commitments and will become vice-chairman, with Joe Kitchen promoted to the vacated role.

Carlton, 29, was released by Morecambe in May and has agreed a one-year deal with the Conference Premier side.

Having missed most of last season with a serious knee injury, Carlton was invited back for pre-season training with the Shrimps.

However, despite impressing manager Jim Bentley, the club were

Hyde, who on Saturday, have also confirmed midfielders Alex Brown and Tunji Moses have signed one-year deals with the Tigers.