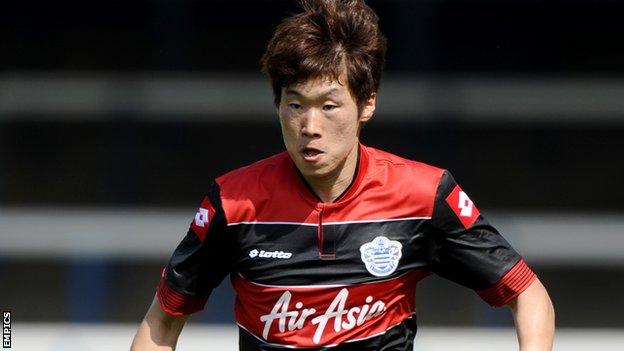 QPR midfielder Park Ji-Sung has agreed to join Dutch side PSV Eindhoven on a season-long loan deal, subject to a work permit.

He went on to make 25 appearances in all competitions as the west Londoners were relegated from the Premier League.

Park spent two seasons with Eredivisie side PSV prior to his move to Manchester in July 2005.

QPR chairman Tony Fernandes described the signing of Park as "a statement" following his move to Loftus Road last July.

However, following their relegation to the Championship the R's have been forced to offload many of their higher wage earners.

Christopher Samba was sold to Anzhi Makhachkala, Jose Bosingwa and Djibril Cisse left by mutual consent and Loic Remy and Adel Taarabt have gone out on loan.