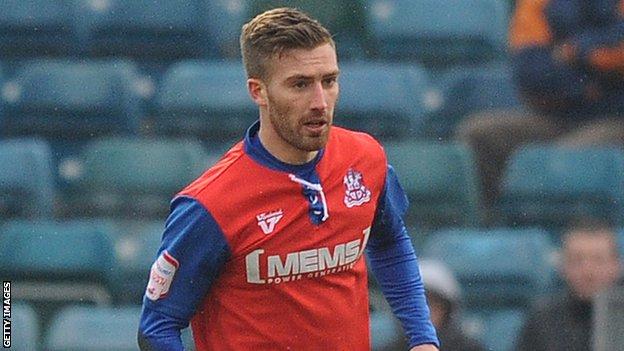 Gillingham defender Matt Fish will miss most of the campaign with a serious knee injury.

Scans have revealed the 24-year-old ruptured his anterior cruciate ligament in the 1-0 defeat to Colchester.

Gills boss Martin Allen told BBC Radio Kent: "He'll be out for quite a long time and it is a blow to everybody.

"He has been such a fantastic player since I have been here and it's quite upsetting. We will do everything we can to get him through it."

Right-back Fish, who made 44 league appearances last season as the Priestfield side won the League Two title, sustained the injury in the first five minutes of their opening match of the season on Saturday.

"I wasn't expecting it from the scan," Allen added.

"There are no other complications so it doesn't need any other operations.

"It is a clean rupture and now he has to go and see a consultant. He will give us further information of how long it will be.

"He will recover and hopefully he will be back playing for us before the end of the season."

Fish joined the Gills from Dover in summer 2011 and is under contract until the end of the 2014-15 season.