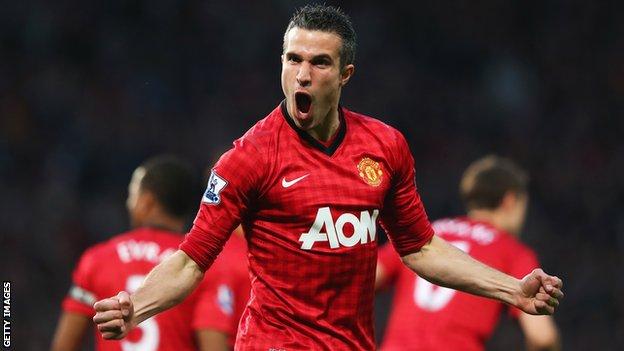 As another Premier League season approaches, clubs up and down the country will be hoping they have the necessary firepower to achieve their objectives.

Be it winning the title, securing European football or staving off relegation, having a striker capable of scoring double figures is vital.

But what made them so deadly?

BBC Match of the Day pundit Alan Shearer - the all-time top scorer in the Premier League - runs the rule over each of them. 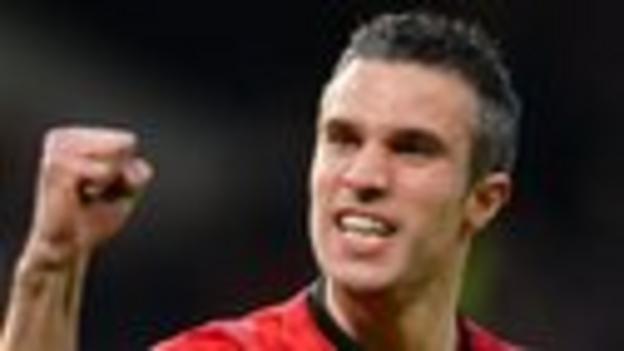 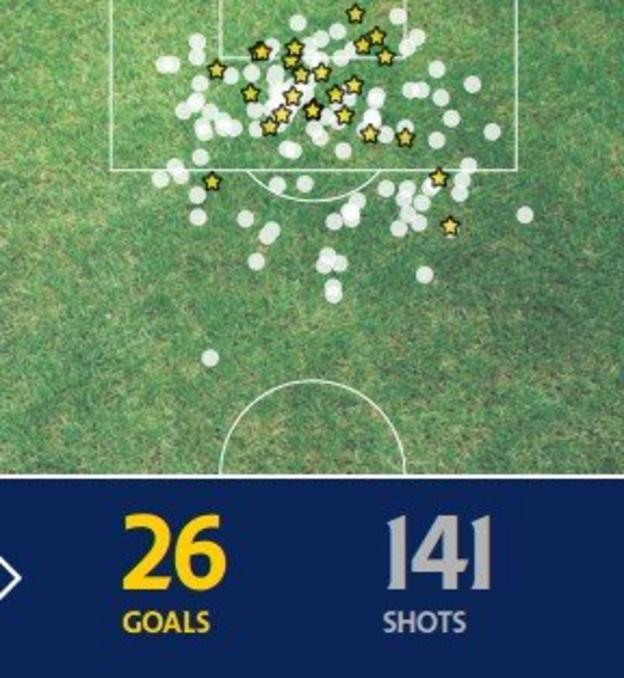 Van Persie opened his United account in his second Premier League game for the club, scoring in a 3-2 win against Fulham.

A further 25 goals followed - including hat-tricks against Southampton and Aston Villa - to help United to a 20th top-flight title.

Shearer's verdict: "Robin van Persie is a very productive player. Notice there are a few shots from outside the area.

"It helps that he plays in a team that creates chances for him week in, week out.

"But he's rewarded them by putting the vast majority away. His volleyed goal against Aston Villa was my goal of the season."

Van Persie fact: Van Persie chose to wear shirt number 20 at United last season because he was determined to help them win a 20th league title. 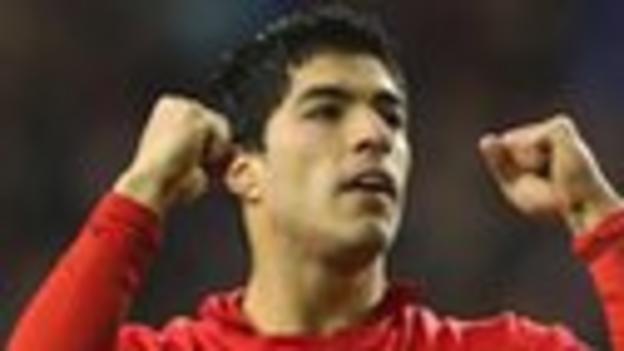 Suarez's 2012-13 season: The 26-year-old Uruguay international striker's third season at Liverpool was comfortably his most prolific as he finished the campaign with 30 goals in all competitions. 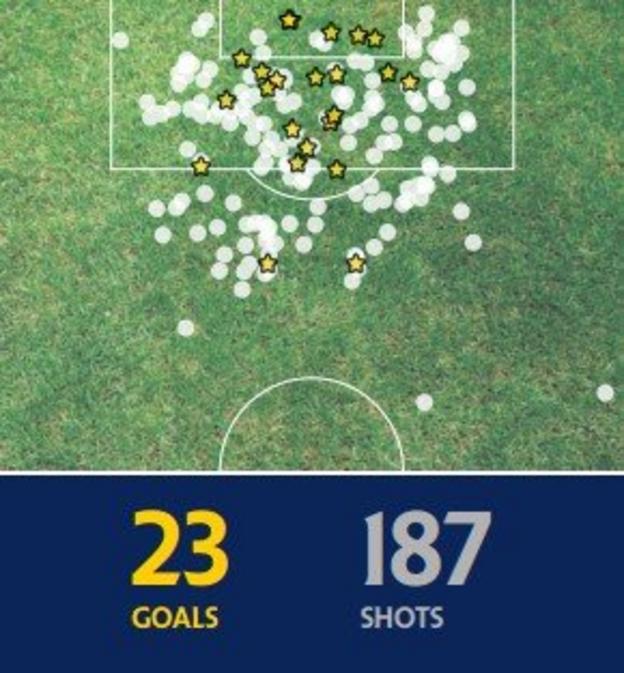 Suarez was in blistering form from the outset, scoring 10 goals in Liverpool's first 12 league games, but while he could do no wrong in front of goal, his season was not without controversy.

On 6 January, he handled the ball before scoring as Liverpool beat Mansfield 2-1 in the third round of the FA Cup, before he was given a 10-match ban for biting Chelsea defender Branislav Ivanovic in a 2-2 draw at Anfield on 21 April.

Despite his misdemeanours, Suarez's undoubted talent in front of goal means he is a striker in demand this summer, with Arsenal seemingly the most keen to sign him.

Shearer's verdict: "He's a very different player to Van Persie. With Luis, you'll see him try a lot more dribbles, both inside the area and outside.

"Technically speaking a lot of people think that when he does these little dribbles that the ball ricochets to him and he's a little bit fortunate.

"But it's not luck, it's because he's so clever and so good at dribbling with the ball close to his feet."

Suarez fact: When Suarez netted a hat-trick in a 4-0 win against Wigan on 2 March, he became only the third Liverpool player - after Robbie Fowler and Fernando Torres - to score 20 Premier League goals in a season. 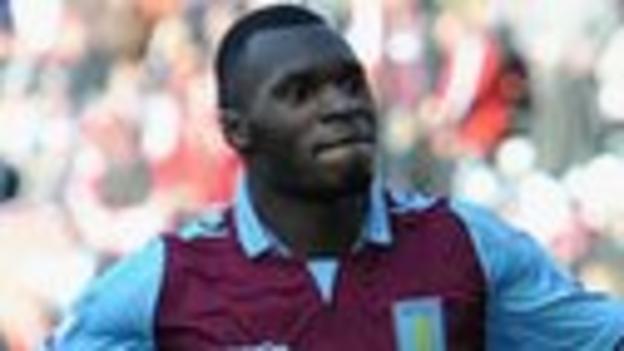 Benteke's 2012-13 season: The Belgian striker's form was one of the few bright spots in an otherwise forgettable season for Aston Villa.

Benteke joined from Genk in deal reportedly worth £7m on transfer deadline day in August last year and, after scoring on his debut - a 2-0 home win over Swansea, he found goals hard to come by, scoring only four more in the league before the end of the year. 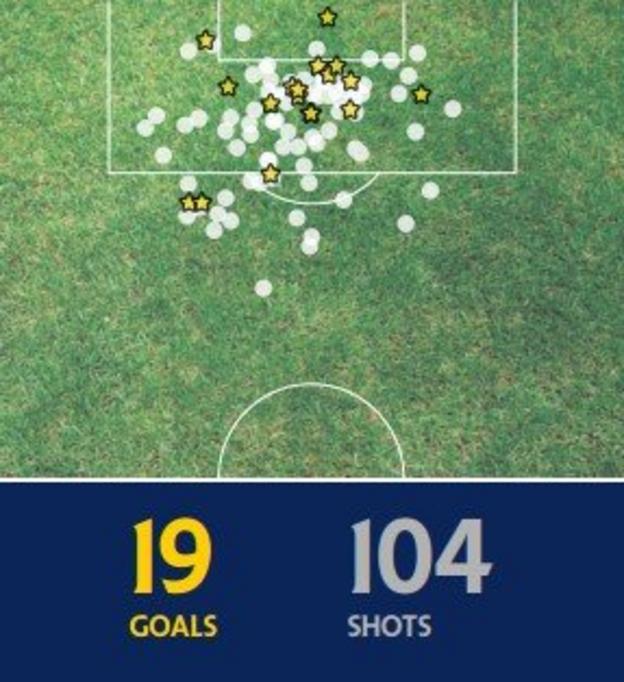 However, his form in the second half of the season picked up considerably as he scored 14 goals in 17 games to help Villa retain their Premier League status.

"In one or two of the early games you could see he was new to the Premier League, but by the end of the season he was knocking defenders off the ball to score all types of goals.

"His graph shows he had the fewest number of shots but he still scored 19 goals, which indicates great efficiency. And not bad considering he was playing in a struggling side."

Benteke fact: The striker fell just one short of equalling Peter Withe's record of 20 goals in the top flight for Villa, set in the 1980-81 season. 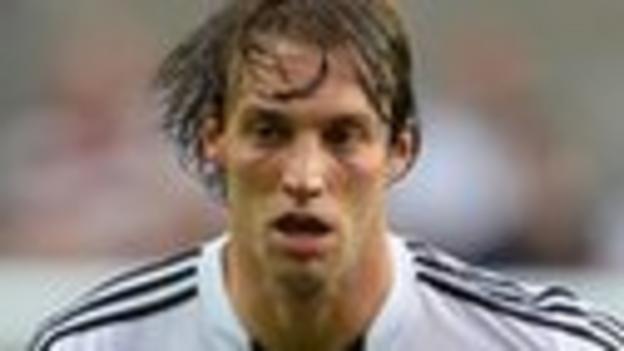 Having spent much of his career in the Spanish lower leagues, he caught Swansea's eye by scoring 15 goals in 37 games for Rayo Vallecano in his first La Liga season, and 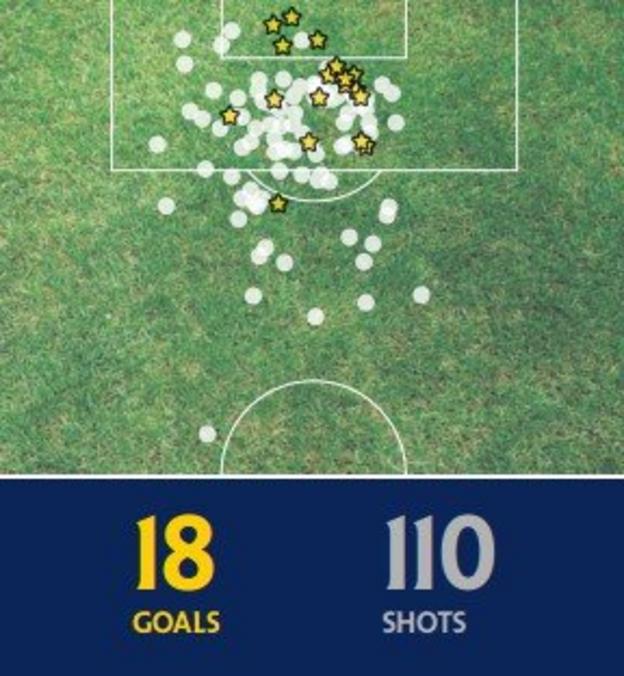 Utilised as a forward rather than an attacking midfielder, Michu announced his Premier League arrival with a brace on his debut - a 5-0 win against Queens Park Rangers.

Michu scored in the club's next two games and continued to find the back of the net on a consistent basis, finishing the season with 18 league goals.

Shearer's verdict: "This graph emphasises how different these players are.

"It's clearly not Michu's forte to shoot from outside the box. His strength is in and around the area, drifting away from players, being in the right space at the right time.

"But once you're in that place you've got to finish off, and there's a million guys that can be in the right place at the right time but not all of them can put it away. This guy can, which is why he was the bargain of the season."

Michu fact: All but one of Michu's 18 league goals were scored from inside the box. 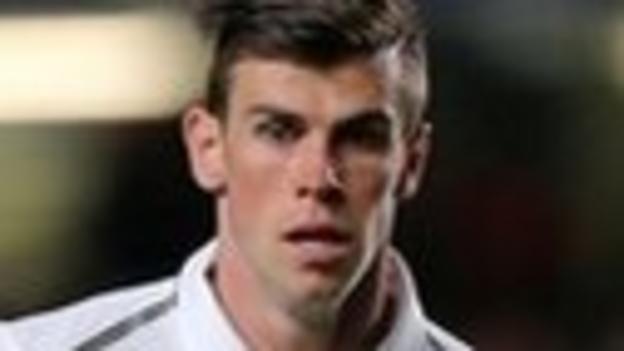 Bale's 2012-13 season: The Wales international enjoyed another stellar campaign for Tottenham, enhancing his reputation as one of the finest footballers on the planet.

Allowed the freedom of the pitch by manager Andre Villas-Boas, the 24-year-old struck 21 goals in 34 Premier League games on his way to claiming a clean sweep of the end-of-season awards.

Bale often appeared to single-handedly drag his team to victory, with highlights including an unstoppable burst through the Manchester United defence in a gripping 3-2 victory at Old Trafford and his stunning long-range injury-time winner at West Ham. 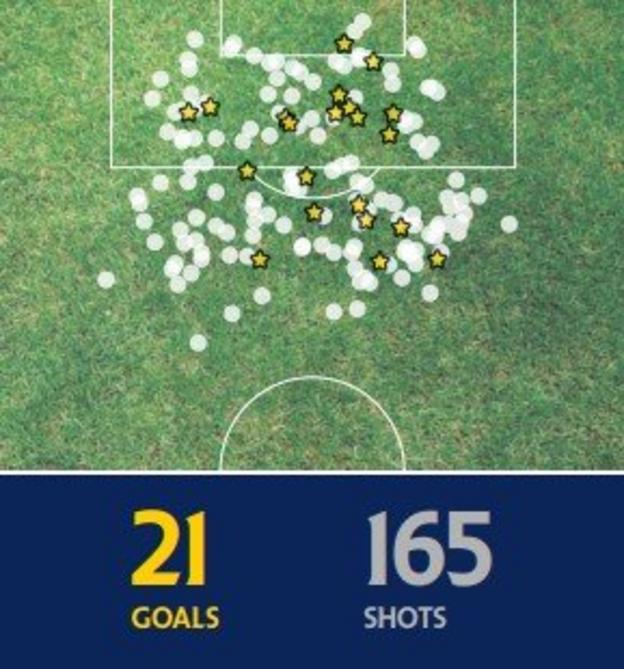 Despite his efforts, Spurs were narrowly beaten to Champions League qualification by north London rivals Arsenal. Without the allure of Europe's premier club competition, speculation has grown that he could make a record-breaking summer move to Real Madrid.

Shearer's verdict: "It seemed that every week working on Match of the Day we'd be talking about a Bale wonder goal. But he's different from the others, inasmuch as he's more keen on taking pot shots. Everyone knows how strong his left-foot shot is, but it's one thing knowing about it and it's another thing stopping it.

"Some coaches think you should try to stop him from cutting inside from that right side on to his left foot, but I think that's virtually impossible. When he's running at that pace, you can't stop him."