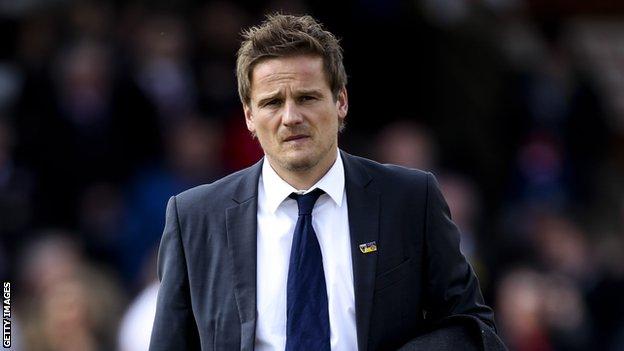 AFC Wimbledon manager Neal Ardley wants his remodelled squad to have confidence in their ability.

After drawing their opening league fixture at Torquay the Dons came close to upsetting Championship side Millwall in the Capital One Cup in midweek.

He told BBC London 94.9: "We have got a really good squad in my opinion and I am trying to make the players believe that.

"Ultimately I think we can do better. That is me challenging the players."

We will look, at times, a little bit fragmented as we all get to know the philosophy

Ardley has brought in 11 new faces over the summer and is confident they will be able to cope as he looks to improve their style of play.

However, he has called on his players to stay united as they find their feet in League Two.

"I know what a good group we have got," he said.

"I look around in training and don't see a player who I think will struggle.

"Ultimately we are a little bit of a new unit and there is only so much you can get in in the first six weeks of the season.

"We will look, at times, a little bit fragmented and caught between two stools as we all get to know the philosophy.

"If we are going to be brave and do it the way we want to do it we will certainly not turn on each other or slaughter each other."