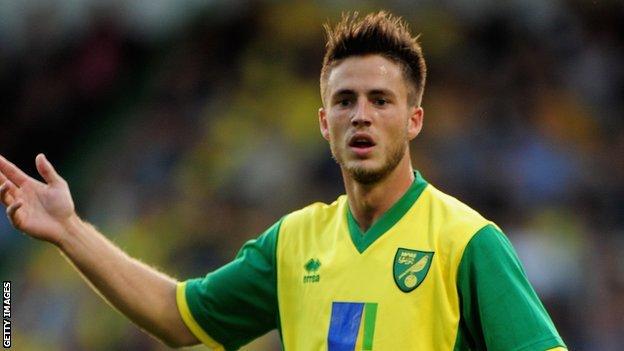 The two summer signings played together in Tuesday's 1-1 friendly draw against Real Sociedad.

"I have to get used to the breakfasts. English breakfasts are not for me yet. I don't know about the beans, it's not really for me yet. The Spanish guys are eating it. They said before they didn't like it but wait a few months and you'll start eating it."

"He has individual qualities, works really hard and for me it's great to have a player like that behind me."

Van Wolfswinkel signed for the Canaries in a reported £8.5m fee from Sporting Lisbon and was later joined by fellow Netherlands international Fer from FC Twente.

Against Sociedad midfielder Fer, 23, played behind 24-year-old Van Wolfswinkel, who found the net to score his first goal for the club.

"It's the second time I've joined a club abroad. It helps because he's just a nice guy and we connect very well," he said.

"But the whole team is great so it's easy for me to adapt here."