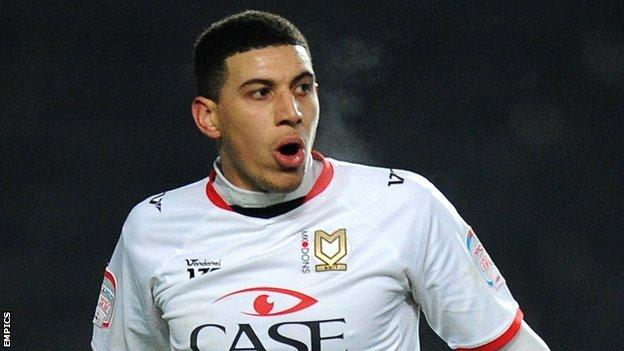 League One side MK Dons will be without winger Daniel Powell for 10 weeks with ankle ligament damage.

The 22-year-old suffered the injury in a training match last week and has not played this season.

"It's catastrophic what's happened to him. It was a big blow to me personally to find out," MK boss Karl Robinson told BBC Three Counties Radio.

"It looks like it's going to be 10 weeks. It was innocuous, the last kick of the game."