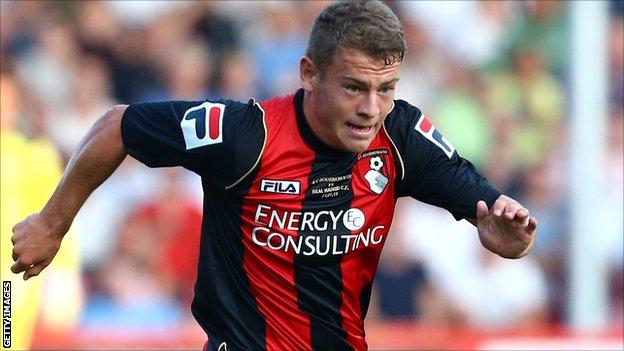 The 19-year-old has started his first full season at the club in impressive form following his January move from Aberdeen.

And O'Kane says the Scotland Under-21 international is great to play alongside and has a bright future in the game.

"Ryan has got the world at his feet," O'Kane told BBC Radio Solent.

Fraser has played in both of Bournemouth's victories this season and O'Kane is excited by the prospect of playing more games with the Scot.

"He has taken him time to settle, but he has learnt a lot in the six months he has been here," added O'Kane.

"For me he is a dream. I just give him the ball and stand behind him and let him do what he does. He is an outlet and can run with the ball and gives us a different option."

Bournemouth manager Eddie Howe says Fraser is a player the club are going to have to protect from the rigours of a full Championship season and has urged referees to look after his young star.

"Without a doubt he is one to protect and we have to be sensible with him," said Howe. "We felt that when we first saw him.

"We need to protect him from injury, although there is only so much we can do because he does get clattered because of his electric pace and is a target for full-backs because of his direct running style.

"As the season progresses we have to use him right because we don't want to harm his future career."