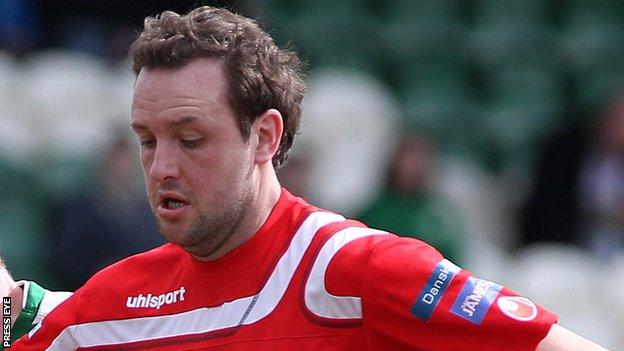 Portadown's Tim Mouncey will miss the opening two months of the season after having his appendix removed.

The Ports begin their league campaign with an encounter against Linfield at Shamrock Park on Saturday.

Manager Ronnie McFall will also hope that Gary Twigg can regain the prolific goal-scoring form he produced for Shamrock Rovers.

Twigg made his Portadown debut in January but has yet to make his anticipated impact in the Irish League.

The Ports have also signed former Lisburn Distillery goalkeeper Billy Brennan while there have been several departures from the club.