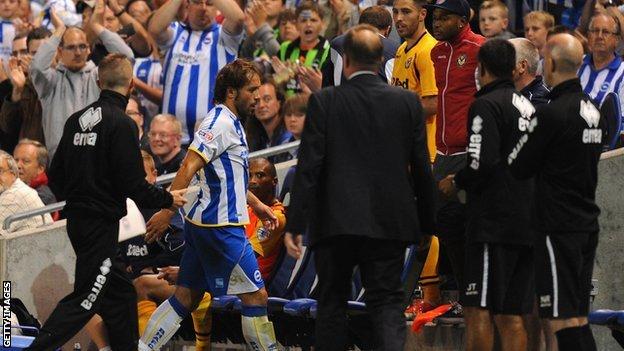 Brighton full-back Inigo Calderon has had his red card against Newport rescinded by the Football Association.

Calderon was set to be banned for three games after being shown a red after a challenge with defender Byron Anthony left the Newport man with a broken leg.

The League Two side went on to win the Capital One Cup tie 3-1 in extra-time.

County boss Justin Edinburgh defended the Seagulls player at the time, saying: "It was an awful incident but there was no malice or intent."

Calderon told the club website: "It wasn't just about being cleared to play in the games, it was also about people knowing that I did not try and hurt anyone in anyway.

"I am very pleased that the FA have recognised this and agree that it was nothing more than a horrible accident."