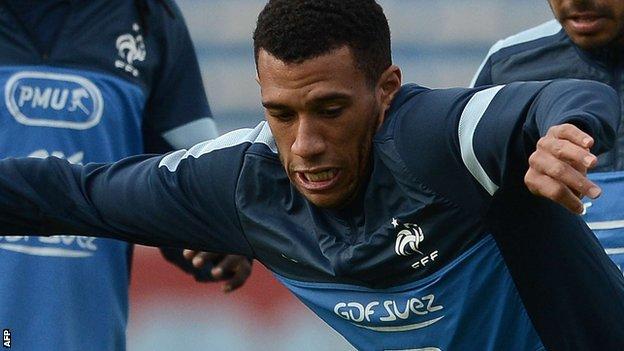 The 25-year-old, Spurs' fourth signing of the summer, has joined for a fee believed to be in the region of £9m.

Capoue, who made 174 appearance for Toulouse, scoring 13 goals, has won seven caps for France and can also play as a central defender.

He was named in the French league's Team of the Year in 2012, alongside Spurs goalkeeper Hugo Lloris.

Tottenham are short in defence after Steven Caulker moved to Cardiff, while Jan Vertonghen and Younes Kaboul are recovering from injuries.

His arrival could pave the way for a midfielder to leave White Hart Lane, with Scott Parker linked to West Ham and Queens Park Rangers.