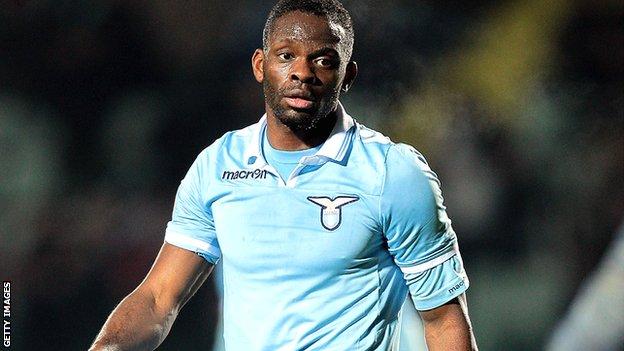 The much-travelled forward used his Twitter account to reveal the news, which came on his 35th birthday.

"Want to thank all managers, all staff, all team-mates, all opponents and all fans for all the support and love towards me during my career," he said.

Saha enjoyed lengthy spells at Craven Cottage, Old Trafford and Goodison Park, joining Fulham in 2000 and scoring 64 goals in 144 games for the west London club, helping them to promotion to the Premier League.

He moved to Manchester United for £12.8m in January 2004 and spent four-and-a-half years with the Red Devils, scoring 42 goals in 124 appearances, before adding 35 goals in 115 games with Everton.

The 6ft striker, who also scored four times in 20 international appearances for France, had short stints at Spurs and Sunderland, and made the final transfer of his career in February with a move to Lazio.