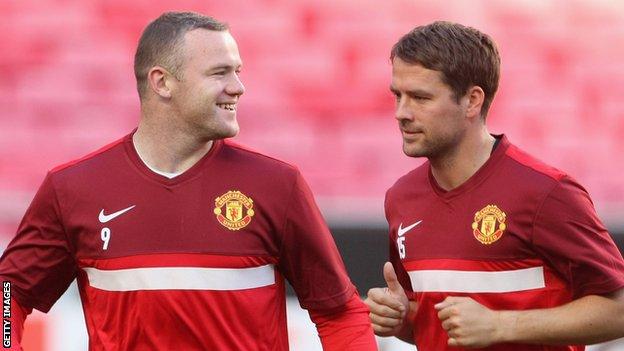 Wayne Rooney's decision about whether to stay at Manchester United will not be motivated by money, according to ex team-mate Michael Owen.

Rooney has been linked despite the club insisting he is not for sale.

"He loves football so much, not money. He wants to be playing all the time in the big competitions."

Owen, 33, played with Rooney for both England and Manchester United before retiring at the end of last season.

He believes that Rooney, 27, would like to stay at Old Trafford but is concerned that he no longer remains a first-choice selection.

Rooney was left out of the club's Champions League defeat by Real Madrid in March and new manager David Moyes hinted the striker would not be his first choice earlier this summer, with Robin van Persie seen as the club's number one striker.

United have rejected two offers for him from Chelsea, with the second bid worth £25m plus add-ons.

"I can't understand why people mention money all the time. Wayne Rooney is on a fair share of money - nobody needs to worry about him getting a pay rise.

"After knowing him a long time I can assure you he is not bothered about getting a pay rise.

"He's bothered about playing football. He wants to be the main man and wants to be playing in all the big games."