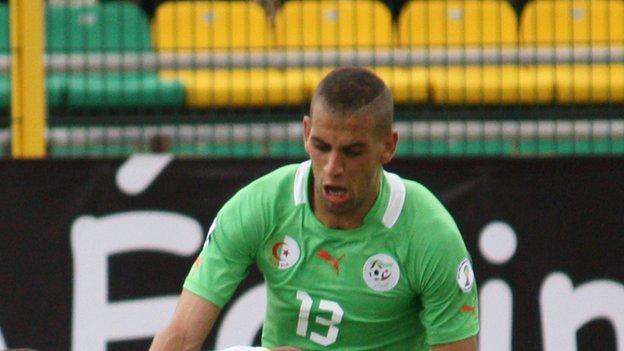 The 25-year old, who is joint top scorer in the African zone World Cup qualifiers with five goals, has signed a contract that includes a US$40m buy-out clause.

He told the club's website: "Sporting has one of the best schools in the world, where players like Cristiano Ronaldo, Nani and Luis Figo come from.

"It is an honour to use this shirt and to be part of this family."

He added: "I know that I can grow here and improve. It was the best option, because Sporting is a really big club.

"The sky is the limit. I am here to help Sporting. God willing, you will see what Slimani is worth and then you can judge. There is no point speaking about it now. I am here to be part of the starting XI, but it is down to the technical staff to evaluate me and my ability."

Slimani has been capped 12 times for Algeria, scoring 10 times.